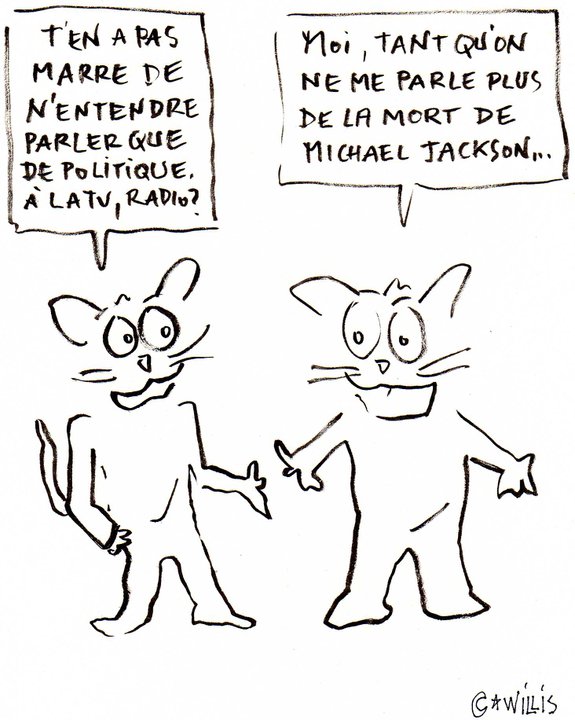 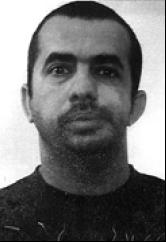 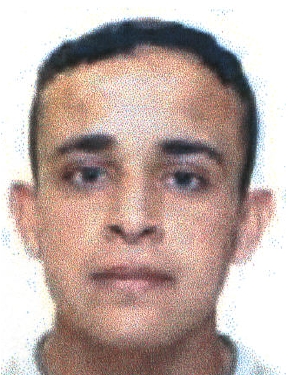 I like to party, not look articles up online. You made it hpaepn.

the death of an African giant

1. (S) The Ambassador and his wife had dinner with Mohammad Sakher El Materi and his wife, Nesrine Ben Ali El Materi, at their Hammamet home July 17. During the lavish dinner Al Materi raised the question of the American Cooperative School of Tunis and said he would seek to "fix the problem prior to the Ambassador’s departure" as a gesture to a "friend." He praised President Obama’s policies and advocated a two-state solution for Israel and the Palestinians. He also expressed interest in opening a McDonald’s franchise and complained about the government’s delay in passing a franchise law. He expressed pride in his Islamic Zaitouna radio and in the interviews with opposition party leaders published in his newly purchased newspaper publishing group. During the evening, El Materi was alternately difficult and kind. He seemed, on occasion, to be seeking approval. He was living, however, in the midst of great wealth and excess, illustrating one reason resentment of President Ben Ali’s in-laws is increasing. End Summary.

2. (S) Presidential son-in-law and wealthy businessman Mohamed Sakher El Materi, and his wife, Nesrine Ben Ali El Materi hosted the Ambassador and his wife for dinner at their Hammamet beach residence July 17. El Materi raised the American Cooperative School of Tunis (ACST), asking what was happening. The Ambassador explained the situation and emphasized that there is anger and concern in Washington and the English-speaking American/international community in Tunis. He said if the school is closed, there would be serious consequences in our relations. El Materi said he could help and would seek to resolve the situation immediately, i.e., prior to the Ambassador’s departure. He wished, he said, to do so for a "friend." He noted that he had helped the UK Ambassador secure several appointments (including a lunch with the Prime Minister) for UK Prince Andrew during his recent visit. Before his intervention, El Materi said, the Prince had only one appointment with a single Minister.

3. (S) Ambassador raised the need for more freedom of expression and association in Tunisia. El Materi agreed. He complained that, as the new owner of Dar Assaba, the largest private newspaper group in the country, he has been getting calls from the Minister of Communications complaining about articles he has been running (Comment : This is doubtful). He laughed and suggested that sometimes he wants to "give Dar Assaba back." El Materi noted the interviews his newspapers have been running with opposition leaders (he mentioned FDTL Secretary General Mustapha Ben Jaafar). He was clearly proud of the interviews.

5. (S) El Materi complained at length about Tunisian bureaucracy, saying it is difficult to get things done. He said communication inside the bureaucracy is terrible. He said people often "bring wrong information" to the President implying he had to get involved sometimes to get things corrected.

On Exterior Politics and Economics

6. (S) El Materi praised President Barack Obama’s new policies. He said the invasion of Iraq was a very serious US mistake that had strengthened Iran and bred hatred of the United States in the Arab world. He pressed for a two state solution to resolve the Israeli-Palestinian dispute and indicated Tunisia needs to accelerate convertibility of the dinar. In general, however, El Materi’s knowledge of and interest in international political and economic issues seemed limited.

7. (S) The Ambassador raised economic liberalization, noting the importance of opening up to franchising. El Materi agreed, noting that he would be pleased to assist McDonald’s to enter Tunisia, suggesting they begin at the new cruise port in La Goulette. He complained about the unhealthy food served by McDonald’s, however, adding it is making Americans fat. He also complained about the GOT’s delay in passing a franchising law.

8. (S) The Ambassador noted he has been asking Tunisians what ideas they have for the new US President and Administration. El Materi commented that Nesrine would like more done on the environment. The Ambassador responded by explaining some of the Administration’s policies on the environment. El Materi said Nesrine is focused on organic products and wants everything (even the paint and varnish) in their new house in Sidi Bou Said (next to the Ambassador’s residence) to be organic.

9. (S) El Materi said he had begun to practice Islam seriously at 17. He repeatedly said he was practicing, and had a strong faith. (NB. He went off to pray at the sunset call to prayer.) He suggested that if you have faith and pray to God, he will help. He emphasized that his religion is personal, and he does not believe it is appropriate to impose his views on others. (Comment. During the evening, El Materi seemed at his most passionate when describing the Koran, his belief in one God, and the importance of Mohamed as the final prophet of God.)

10. (S) El Materi said he was proud of Zeitouna radio, the first and only Tunisian Koranic radio station, and discussed how Zeitouna bank would be opening. He hopes to create a regional version of Zeitouna radio to spread the Malakite school of Islam. He expressed the view that Islamists and extremists pose a great threat to Islam and modernity. He said he follows Islam, but modern Islam.

11. (S) El-Materi’s house is spacious, and directly above and along the Hammamet public beach. The compound is large and well guarded by government security. It is close to the center of Hammamet, with a view of the fort and the southern part of the town. The house was recently renovated and includes an infinity pool and a terrace of perhaps 50 meters. While the house is done in a modern style (and largely white), there are ancient artifacts everywhere : Roman columns, frescoes and even a lion’s head from which water pours into the pool. El Materi insisted the pieces are real. He hopes to move into his new (and palatial) house in Sidi Bou Said in eight to ten months.

12. (S) The dinner included perhaps a dozen dishes, including fish, steak, turkey, octopus, fish couscous and much more. The quantity was sufficient for a very large number of guests. Before dinner a wide array of small dishes were served, along with three different juices (including Kiwi juice, not normally available here). After dinner, he served ice cream and frozen yoghurt he brought in by plane from Saint Tropez, along with blueberries and raspberries and fresh fruit and chocolate cake. (NB. El Materi and Nesrine had just returned from Saint Tropez on their private jet after two weeks vacation. El Materi was concerned about his American pilot finding a community here. The Ambassador said he would be pleased to invite the pilot to appropriate American community events.)

13. (S) El Materi has a large tiger ("Pasha") on his compound, living in a cage. He acquired it when it was a few weeks old. The tiger consumes four chickens a day. (Comment : The situation reminded the Ambassador of Uday Hussein’s lion cage in Baghdad.) El Materi had staff everywhere. There were at least a dozen people, including a butler from Bangladesh and a nanny from South Africa. (NB. This is extraordinarily rare in Tunisia, and very expensive.)

14. (S) They have three children, two girls and a boy. Leila is four and another daughter that is about 10 months. Their boy is adopted and is two years old. The youngest daughter is a Canadian citizen, by virtue of birth in Canada. The family’s favorite vacation destination spot is the Maldives Islands.

15. (S) El Materi said he has begun an exercise and diet regime. He has, he said, recently lost weight (it was visibly true). El Materi said he eats in a "balanced" way. He had just spent an hour on a bike, he claimed. Nesrine said she gets no exercise.

16. (S) Both El Materi and Nesrine speak English, although their vocabulary and grammar are limited. They are clearly eager to strengthen their English. Nesrine said she loves Disney World, but had put off a trip this year because of H1N1 flu. Nesrine has, for sometime, had Tamiflu nearby (even taking it on trips). Originally it was out of fear of bird flu. She packs it for El Materi too when he travels. Nesrine said she has visited several US cities. El Materi had only been to Illinois recently in connection with the purchase of a plane.

17. (S) Throughout the evening, El Materi often struck the Ambassador as demanding, vain and difficult. He is clearly aware of his wealth and power, and his actions reflected little finesse. He repeatedly pointed out the lovely view from his home and frequently corrected his staff, issued orders and barked reprimands. Despite this, El Materi was aware of his affect on the people around him and he showed periodic kindness. He was unusually solicitous and helpful to the Ambassador’s wife, who is disabled. Occasionally, he seemed to be seeking approval. One western Ambassador in Tunis, who knows El Materi, has commented that he has western-style political skills in his willingness to engage with ordinary citizens. It is an uncommon trait here.

18. (S) El Materi, in recent months, has been ever more visible in the local diplomatic community. He has clearly decided (or been told) to serve as a point of contact between the regime and key ambassadors. Nesrine, at age 23, appeared friendly and interested, but nave and clueless. She reflected the very sheltered, privileged and wealthy life she has led. As for the dinner itself, it was similar to what one might experience in a Gulf country, and out of the ordinary for Tunisia.

19. (S) Most striking of all, however, was the opulence with which El Materi and Nesrine live. Their home in Hammamet was impressive, with the tiger adding to the impression of "over the top." Even more extravagant is their home still under construction in Sidi Bou Said. That residence, from its outward appearance, will be closer to a palace. It dominates the Sidi Bou Said skyline from some vantage points and has been the occasion of many private, critical comments. The opulence with which El Materi and Nesrine live and their behavior make clear why they and other members of Ben Ali’s family are disliked and even hated by some Tunisians. The excesses of the Ben Ali family are growing.